A strong wind out of the east made it a bumpy day, but the weather and seas didn’t keep the tight-end from pulling in some nice-sized fish. Jermaine’s first bass, weighing 48 pounds, was caught 2.5 miles south of Good Harbor Beach (Gloucester’s most famous beach). 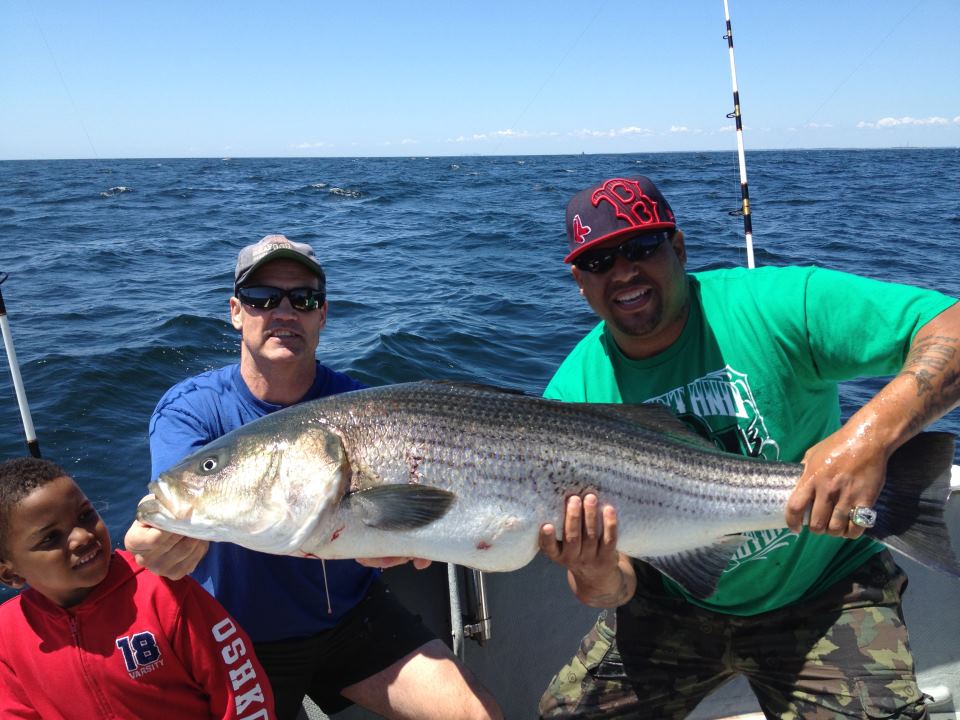 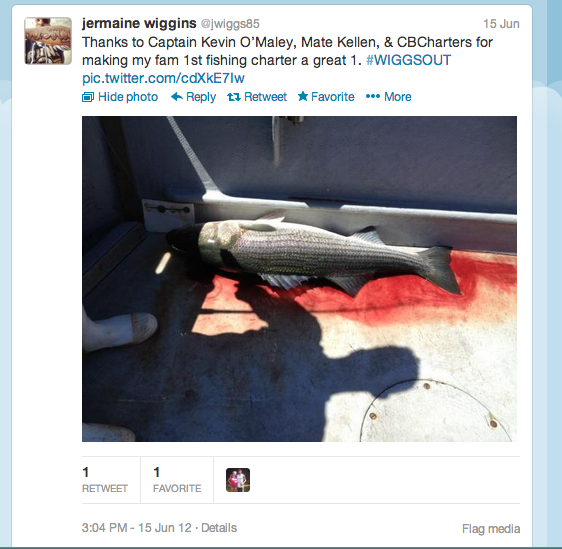 After a fun filled day Jermaine promised to give a shout out to the Connemara Bay crew. The following day Jermaine kept his promise on talk radio show 98.5; the Sports Hub. Wiggin’s joined the show following his time as a professional athlete and explained live to listeners about the epic battle he had with a striped bass charter fishing off of Gloucester.